Voice Acting: the Show vs. the Movies

Voice Acting: the Show vs. the Movies

One inevitable side effect of a TV series spun off from film is cast changes.

Take Kowalski for example. A dry second-in-command with some great lines but not much development in the films, but on TV Jeff Bennett's stately voice lends much more to his character. Now he is the erudite, cocky nerd we all know and love!

Julien is an interesting case. Sacha's Julien in the films is very slow, deep, declamatory...always a little too loud. (But when he's quiet...he can be downright sensual. Have you seen the third movie??

) Rather like drawn butter poured in the ears, if you ask me. Anyway! Danny's Julien is somewhat higher, crankier, more strident. Which isn't a bad thing - it totally works for the tweaks to his character. He serves as more of an annoyance. Movie!Julien is richer, more rendered (animator's analogy, lol), while TV!Julien is louder and punchier. I think both have their shining moments and both are gut-bustingly funny!


(Sorry for all the rambling...I never get to talk to anyone about this stuff!

) What are your thoughts on the different voice actors? 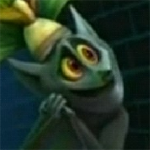 While it's safe to say that I definitely prefer the characters as voiced in the series, not the movies, I think it's probably because I've gotten to know the penguins and by extension lemurs etc. through the series, rather than in the films (where you see disappointingly little penguin action anyway). For me, watching the penguins in Madagascar 1/2/3 is weird, both for the voices and the animating style (obviously the films are still awesome, especially the new one - my absolute favourite quote from that being an interaction between Private and Skipper: "Did I do good?", "No, not really.")

Going off topic a bit but personally I think, too, that there is much more development in the series in terms of the relationships between the penguins, and their hierarchy (obviously they are not the focus in the films, but their interaction seems quite flat, Skipper being the only one with any real dialogue, leaving Kowalski, Rico and Private as, essentially, 'yes-men'). For instance, you see Skipper as more of a father-figure (particularly to young Private), and the various 'bromances', so to speak, are explored.

I completely agree with your point about Bennett's voice for Kowalski: his accent coupled with his delightfully geeky personality (the change in pitch when he's excited about something science-y, etc.) make his facetious quips and disastrous(ly amusing) puns all the better

I also think John DiMaggio does an excellent job with Rico - his voice sounds just like I'd've wanted it to. Being a Futurama fan can't hurt, too! I have a feeling if Rico and Bender met, they'd probably get on...haha - though I'd definitely feel sorry for anyone in their vicinity xD

Oh my gosh, Rico. It's like they had no idea what to do with him in the movies (you can barely differentiate him from Skipper) but he finally found his niche - and his voice - in the series. John DiMaggio does a great job! Although Rico's specialty is probably non-verbal humor. He can speak volumes with just a look or an action!


I was surprised when I found out just how many voices John does in the series - he has such range! Burt is one of my favorite supporting characters; he never fails to crack me up. Just something about him is so funny. (The real kicker though, is Kevin Michael Richardson as Bing...I would never have guessed that in a million years!!)

Yeah, DiMaggio does a fantastic job - he can do as much in one grunt as the others can in a whole sentence, but like you said, the animators play a huge part in Rico's personality - his expressions etc. Plus he's in so much awesome stuff besides Penguins and Futurama: Adventure Time, Batman: Under The Red Hood (incidentally, THE best animated Batman film), Ultimate Spider-Man, Princess Mononoke, to name a few. I love finding out what other voices the actors have done, it's fascinating.

You're right, Burt is awesome - I absolutely adore the episodes A Brush With Danger and An Elephant Never Forgets.

Barry is another character whose voice is done really well. Obviously it fits with his façade of being adorable, but Kevin McDonald does a brilliant job at making him sound evil, too. The problem is, I always see Almighty Tallest Purple and Pleakley when he talks! (I hope you've seen Invader Zim and Lilo & Stitch - though if not, I would highly recommend both

Barry! When I first saw a clip of "Untouchable" on Nick's site I cracked up as soon as Barry opened his mouth.


I first heard Kevin McDonald on Invader Zim (I was OBSESSED with IZ in middle school when it was first on TV) and then later I found out about The Kids in the Hall and that Tallest Purple was on this old sketch show! He was my first favorite Kid; his distinct expressions and voice are forever seared into my brain. And that voice coming from this slimy little frog is just perfect.

Haha, yeah, I completely agree! My sister watched IZ when it first came out as well, but she showed it to me for the first time a few years ago - I really love it. Gir is just the best! :3

All of the voice actors are perfect for their characters in my opinion: Maurice's world-weary and distinctly more adult tone, obviously Mort's shrill and unbelievably annoying voice (haha), Burt and Roger both sounding quite camp - which suits both of their personalities really well - and personally I love how Bada and Bing sound like they're in the mafia xD Something I didn't like, however, was when Victoria Justice and Jeanette McCurdy voiced Becky and Stacy - because I watch(/have watched) both Victorious and iCarly, I can't not picture Victoria and Jeanette! It takes me out of the show a little bit, but not in the same way as with Barry/Almighty Tallest Purple/Pleakley, as they're just other characters, there isn't a real face to put with the voice. Since you've seen Kevin McDonald in The Kids in the Hall, do you get this at all? Like, do you always picture him when watching Barry, and does this affect how you see the episode at all?

I was always partial to Dib myself. He was super cool and yet such a dork at the same time...

It's kinda weird...both Barry and Pleakley actually kind of look like Kevin McDonald. XD Skinny creature, wide mouth, big round eye(s). When you throw a veteran like him with a distinct personality into the mix you tend to spot some of their quirks in the characters they voice. Kinda like how Marty looks a bit like Chris Rock. I have the Madagascar 2 art book, and it even shows some early designs for Julien that look a bit more like Sacha Baron Cohen.


But I see how it can be distracting when a one-shot character was clearly put in JUST so such-and-such actor from the live action division could voice them. Like that episode with the beavers...I had no idea who or what Big Time Rush was. I don't know why they do that!

Oh, Dib. I always felt so sorry for him. Especially with the whole pig thing!

Haha, now you mention it, I see it! Yeah I definitely felt that with Marty. I think it's pretty awesome how they do that. Like, Andy Serkis (Gollum from LOTR) is directing a performance capture re-make of Animal Farm, and I just remembered thinking, "hey, imagine if they did that with the Penguins". Haha.

Yeah! I got the exact same feeling from that episode. Like, I only vaguely knew who Big Time Rush were (through incessant adverts ALL OVER the TV), but when Skipper said "We're in a rush...big time!" I cringed so much. Though I must admit I laughed probably too much when he said "OH. EM. GEE." :')

Well, I must say I prefer the TV series voices. Although Skipper is still voiced by Tom McGrath like in the movies. And Mort is still voiced by Andy Richter, again, like in the movies. But since the TV series develops the different personalities of the other penguins it only makes sense that the other penguins have different voice actors that can better match those personalities. 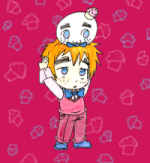 I have to agree, but I'd like to see the TV voices to some Movie lines, such as Jeff Bennet do that line from Madagascar 2 before the plane is about to crash.

"We lost Engine One! And Engine Two is No longer on fire!"

That'd have to be very interesting. 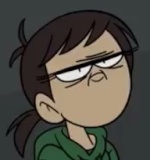 TheMoonwalkingPanda wrote:I have to agree, but I'd like to see the TV voices to some Movie lines, such as Jeff Bennet do that line from Madagascar 2 before the plane is about to crash.

"We lost Engine One! And Engine Two is No longer on fire!"

That'd have to be very interesting.

Is it weird that I can picture that and that it's hilarious?

one this that i bet we can all agree on is that, since the show is about the side characters from the movies, it was possibly intentional that character and personality is added a little more to the characters in the show that we don't focus on a lot in the movies, not only by animation tweaks or personalities that we don't focus on alot in the movies, but verbally as well. anyway, that's one of the reasons that i kinda prefer the voice actors in the show as oppose to the movies (though i'm totally stoked about the upcoming movie). if i mentioned another reason, plenty of people on here who know a bit about me might find it a bit tiring coming from me. 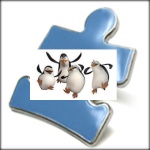